We Specialize in Amazing

LET'S GET TO WORK 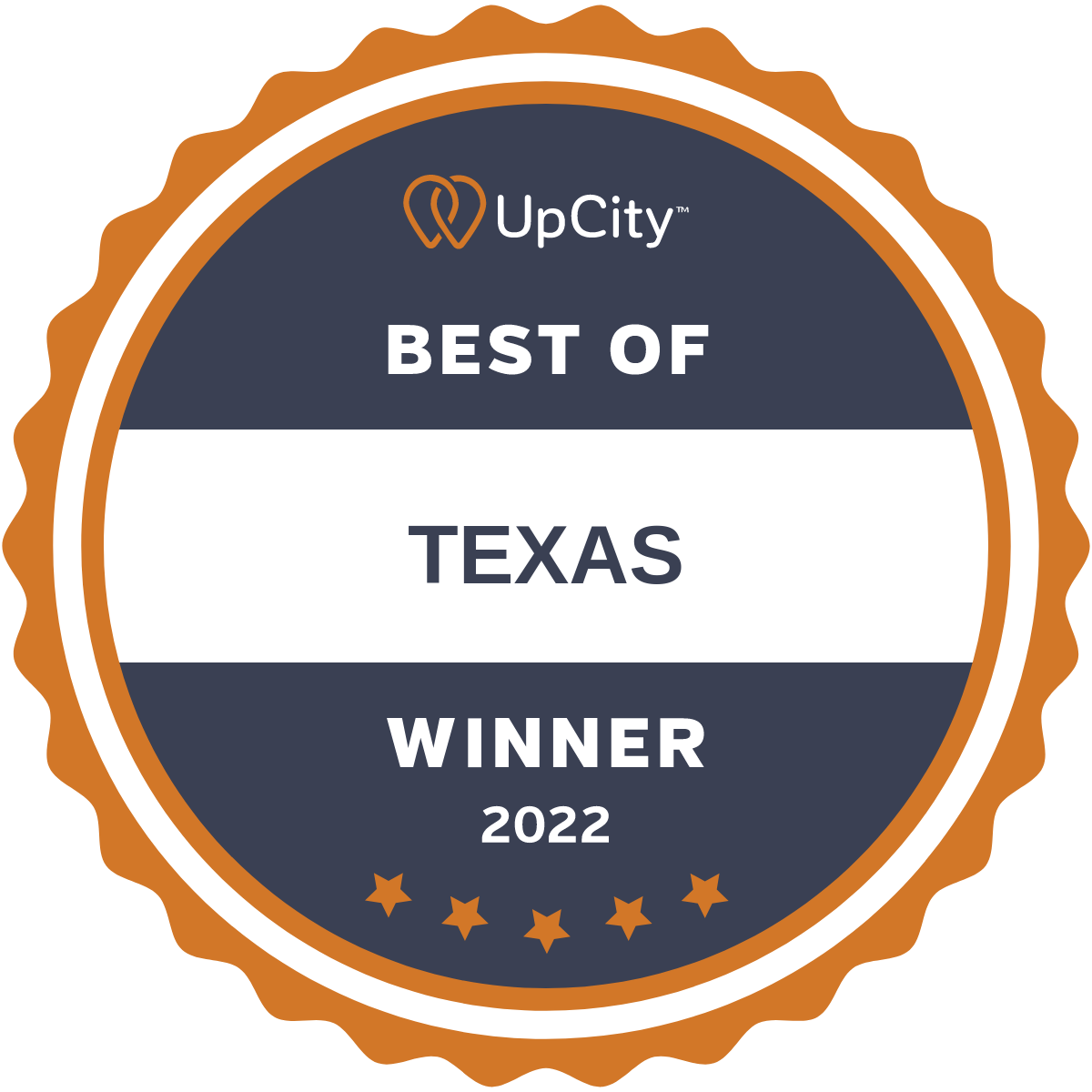 Beatt Productions is a small, boutique video production and animation studio servicing the greater Austin and Boston areas that specializes in creating visually stunning content to help you or your company tell your story. Beatt Productions has created content for

Beatt Productions is a small, boutique video production in Austin, TX. We specialize in creating visually stunning content to help you or your company tell your story. Beatt Productions has created content for

I've been working with Colin for years now and he's consistent, creative and incredible to work with. I highly recommend him to anyone looking for a great videographer.

I've used Beatt Production's services twice now, and I couldn't have asked for better service each time.  The founder, Colin, is a mastermind who I truly respect and admire.  Both times, I worked with Anthony, their co-owner and VP of Animation & Editing. The first time I leveraged their services was to record an event in which a business partner (and social media influencer) was giving a speech to the company. The ultimate output was incredible; great shots, great audio, and it was put together well. The second time I used their services was to create an animated video for a new product that my company released. Anthony took the time to understand the product, which was very technical in nature, and worked steadily with me to ensure that we were aligned on what the final product would entail. Needless to say, the final video was amazing... and it even earned me a shout out from my company's CEO. It goes without saying that I highly recommend Beatt Productions for any sort of video or animation services.

I've been working with Beatt Productions for a few years now. We do a video shoot around once per quarter for my youtube and sales videos. Colin's quality and expertise come through in every shoot. He is truly a fantastic videographer. He's not only creative and imaginative, but he's also very reliable. I highly recommend him to anyone looking for a true professional.

I hired Colin for a 2-day scientific conference including 2 receptions. He and his assistant covered all videos and stills for the entire event. Afterwards, he edited the 2 camera videos together including captions, and title sequences. Before the event, Colin came for a site visit for a couple of hours to familiarize himself with all locations, rooms, camera angles and planned shots. Colin is completely professional, pleasant to work with and captured everything that I wanted him to. Initially, I tried to save a little money by trying to edit the videos myself, but in the end, I just had Colin edit everything. He is way faster than me and his rates are totally reasonable. I have already recommended others to him, and I would definitely hire him for another event.

First, I'll share some context. Our company is a growing Austin based startup. We were looking for a production house to execute what would be a complicated shoot. It involved set design for multiple locations, many actors, product shots, voice-over, motion graphics, and much more. The project from the get-go was a logistical nightmare with a short execution window of under two months to map-out, script, casting, shooting, editing, and delivery of multiple assets for various formats. Another side note is I used to be on the same end like them, with a production house of my own, so I scrutinize way more than most since I know how it all works.

Enter Beatt Productions. I had the pleasure of having worked with them in the past on other complex but smaller in scale productions, which they had beautifully executed. The reason I chose them time and time again is their ability to quickly take on a project and adapt to just about any scenario. In our case, having such a short production timeline would have deterred others but, Colin and his team didn't flinch. Items we thought were going to be a no-go, they were always willing to come with a solution rather than concerns.

The only problem we had was my team and I not being able to keep up with their level of execution. Even then, they kept us on track, on schedule, and budget. We even changed direction on one of our scenes last minute, and they were more than accommodating. Pricing is also fair. They are in no way a cheap shop with a few pieces of gear type of operation. They cost a bit more, but they are still less expensive than most large production companies due to their small team. I can attest as I've put cost overvalue a few times and had to eat that in the long run. They've had to have them save me a few times.

Overall, I'm pleased with their level of execution, quality, story, and attention to detail. I highly recommend!

Colin, Anthony & team are as good as it gets. I began working with Colin back in 2014 when he and his crew filmed my not for profit event - "Hands Boston" on behalf of The Hands Movement. Their work was so good it commanded 40K views without any paid advertising. I decided to contract them for all other events I ran for my not for profit across the country. We traveled to 4 other states together and have held several more events in Boston since 2014.

I also have contracted Colin and team to shoot all my for profit projects including commercials, event highlights, and performer videos on behalf of Musicians Playground. They've helped me brand my for profit so we now run Boston's premier music education center for adults. Couldn't have positioned us this strongly in the market without their work.

Retaining the services of Colin at Beatt [Productions] was my first experience with a videographer, but I do not believe it could have gone any better. My biotech company needed a marketing/commercial video created in 3 days time-- Colin stood out among all other production companies I reached out to with his immediate understanding of what we were looking for, as well as his suggested production plan, which he singlehandedly and flawlessly executed in such a short time frame. He is incredibly accommodating, responsive, professional, and overall just clearly great/experienced at what he does. Most importantly, the final cut was really impressive and truly commercial worthy. If you are in need of a videographer, DO NOT look any further -- there is a reason why Beatt [Productions] is among the top ranks on Yelp -- give them a call and ask for Colin!

I used Beatt [Productions] for a rather complicated, sensitive video for a nonprofit. The topic was children's cancer research. It required multiple rounds of editing -- and patience -- due to the many stakeholders involved on my end. I cannot commend Colin, Anthony and team enough for their support and hard work during this process. The video turned out amazing and the professionalism was top notch. I will be using Beatt [Productions] again (in fact, already have my next project lined up). Plus, the team is a fun group to be around. Highly recommend Beatt Productions for any job - big or small!

We are a full service video production studio that can help you produce content in whatever setting you need, whether that is 4K footage, super slow motion, drones, moving vehicles…you name it. If you need something filmed, we will find a way to make it happen.

We also have an in-house team that specializes in post production, from simple linear edits, to more advanced character animations and motion graphics, we have your needs covered.

Need an on-location event photographer or photos of a real estate property, or maybe professional product shots? How about head shots for every employee in your company? We will come light and shoot whatever it is you need shot, or stop by our office to shoot in our studio!

Our in-house designer builds websites and designs logos that make people say ‘WOW!’ Need to see a sample of the work? Start with our own website! 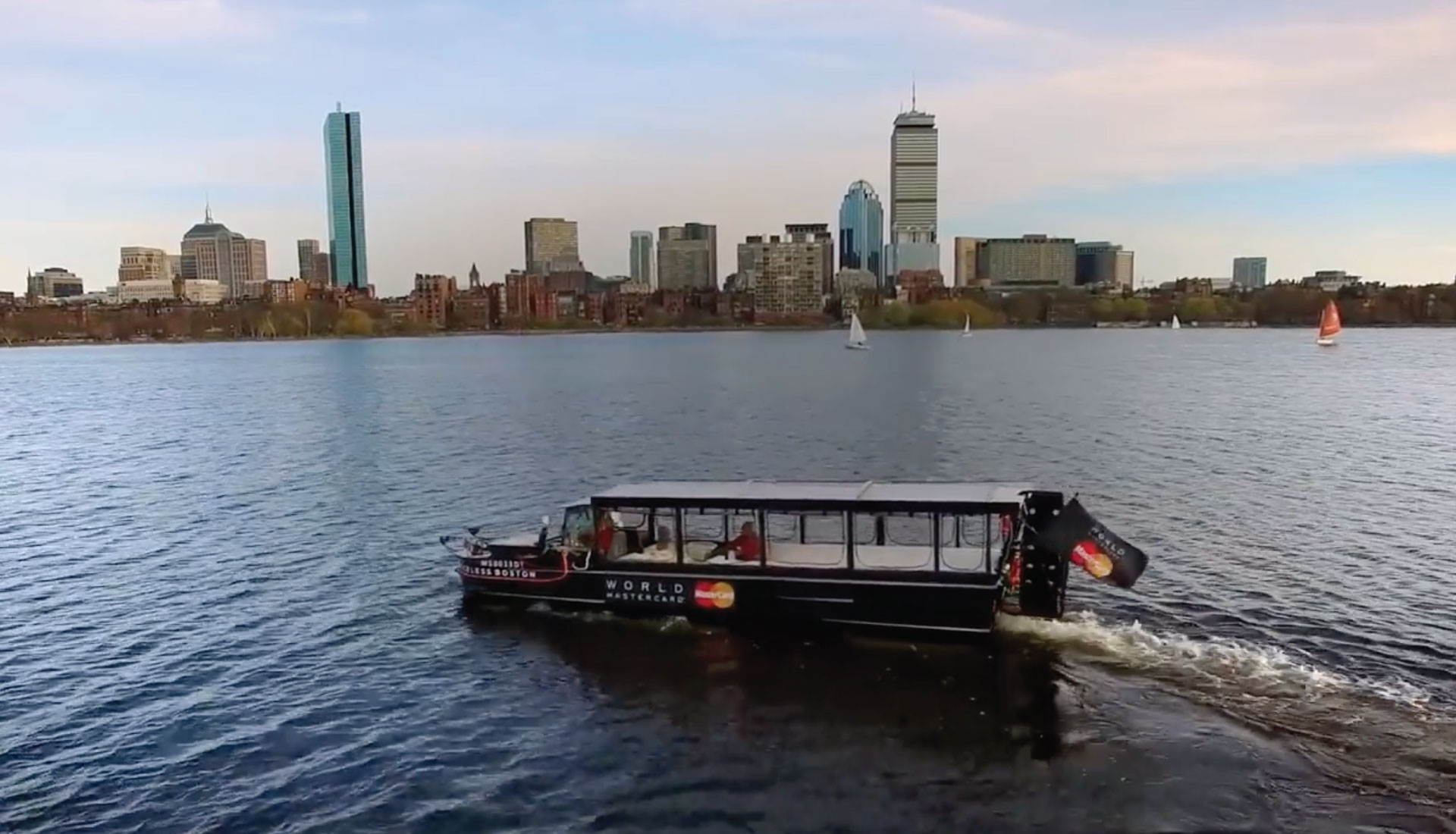 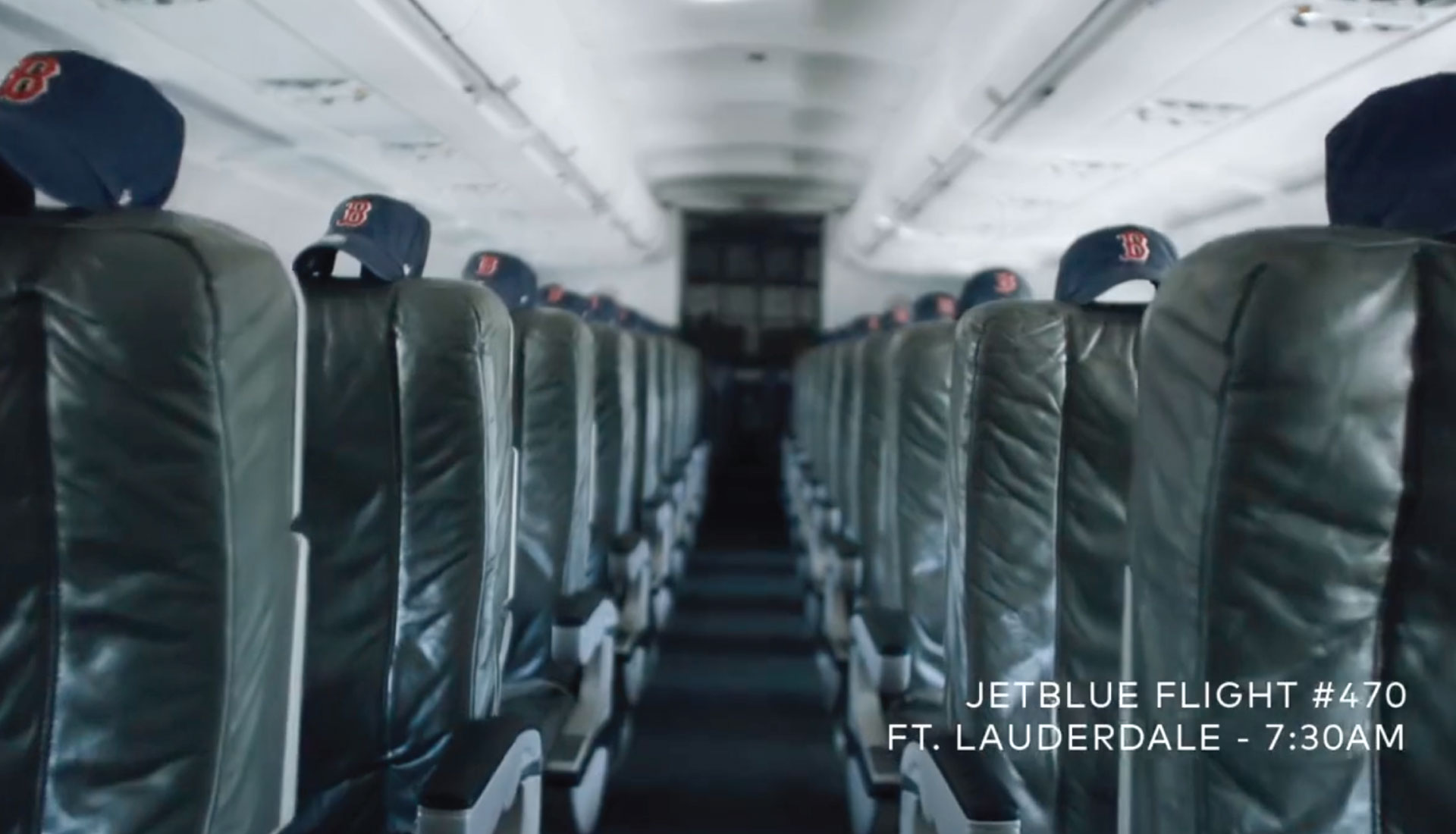 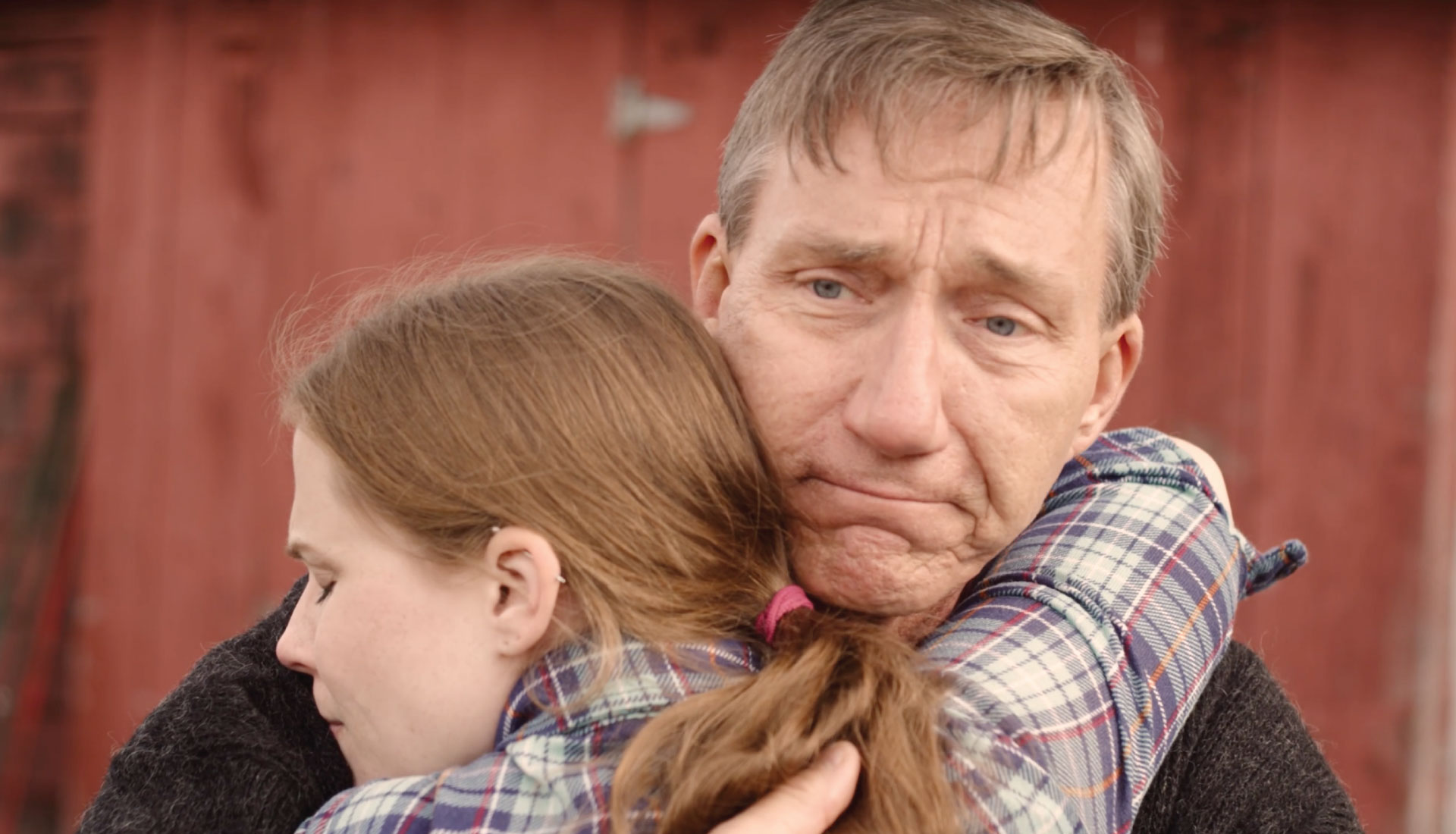 Meet the Team   See our Work

Let’s get to work!